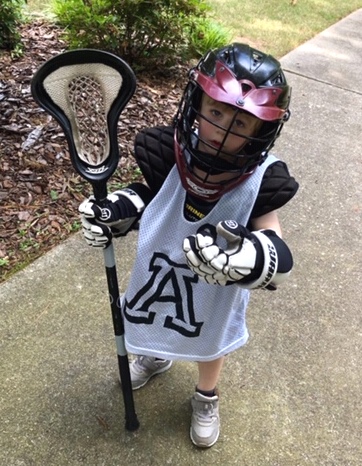 Combined my wife and I have over 50 years coaching experience up to the professional level.  We have witnessed a lot of athletes excel, and a lot burnout, especially on the youth level.  One of the more common questions we received from parents over the years is what to do when their child no longer wants to compete in their sport; a sport the parents and athlete have put countless hours, money, and their ambitions into year after year.  The answer is- absolutely nothing.  There is absolutely nothing you can do once your child is burned out and no longer wants to participate or compete.  The damage is done.  You may try to force them but what you will get is a listless, moody athlete completely un-engaged from competition.  The more pressure you put on them the more they will rebel against it.  You can make a child clean up their room, do their homework, and follow your rules, but you cannot make them run their fastest and try their hardest on the athletic field.  This lack of engagement will of course be quickly recognized by the coach and team mates, and may even be publicly demonstrated by the child.  Burn out is different than a kid not wanting to go to practice or occasionally miss a game.  Burn out is DONE with this and it is very rare they will return to the sport with any level of passion.  They want to move on to something else, usually something that is fun again.  The key is preventing burn out, because you cannot fix it.

With a child under the age of about 12, the very first thing to understand is what motivates them to participate or compete in the first place.  There are basically two reason; to have fun and socialize, or to please their parents.  The former will keep them coming back, the later will never stick- period.  They are playing a game and games need to be fun.  When a game stops being fun a child stops playing it and simply moves on to something else.  Forcing your child to play Monopoly will take the fun out of the game.  Forcing your child to be "serious" about a game of Monopoly, and pressuring the outcome, will make it a miserable experience.  But this is exactly what many parents do when it comes to their child's sport.  Coaches are equally guilty of this; making practices way too serious and specialized at an early age, and discouraging socialization.  Kids love to scrimmage but hate drills, unless you turn the drills into a game, then it becomes fun again.  If there is no laughter allowed at practice you have a serious problem, no pun intended.  My goal of practices was not just to teach them skills and make them better conditioned athletes, but to make them want to come back.  There are also a myriad a values a good coach can impart; sportsmanship, discipline, respect, team work, and conflict resolution, but I find this opportunity is often squandered in pursuit of an outcome that does not matter.  Kids walk away from a losing game and are just fine when they get to the ice cream, it is the parents that brood.

The first rule of training is specificity; basically if you want to get better at something you have to do it repeatedly, or break it down into smaller pieces and attempt to perfect each part.  But too much specialization at an early age leads to burnout and quite often injury.  If you really want to develop an athlete from the ground up you start with general conditioning and move into more specialization as they grow up.  But all too often programs promote the opposite.  You have a tennis player that can hit the heck out of the ball but can't get to it.  Fundamentals are important to teach at an early age, but there is plenty of time for highly specialized, repetitive training.  Kids need dynamic, multi-planar conditioning at an early age.  One of the best examples is a game of tag in which they train just about every muscle, as well as speed, agility, and strength.  But forcing practice and throwing a ball over and over and over at an early age not only leads to boredom and dis-engagement, it can lead to an overuse injury.  These overuse injuries never used to be present in kids but are now keeping Orthopedists in business as the incidence has sky rocketed with these early, over-specialized, programs.  Sadly permanent injury can result in young children, especially those going through a growth phase.  If you take away one thing from this article let it be this- rarely do young phenoms become professional athletes.  There are a few examples of this in sport which are way over-emphasized.  We have witnessed these phenoms burn out over and over, and it is an exception that they are still competing in a few years.  "Meat grinder" programs look for those few exceptions that can make it through the crucible whereas the other kids are left behind, kids that could have been great athletes if properly developed.  There are however numerous examples of athletes that took up a sport later in life, a sport in which their peers have been training for years, and quickly surpassed them.  Why?  No doubt they were latent talents but the sport was new, fun, and engaging.  They are quickly getting better all the time when their peers have already peaked too early. They are just getting started when the rest are almost done.  And when do you want an athlete to peak?  It is not at the age of 12.

Specialization should be a continuum.  As a young athlete moves into adolescence they can handle more specific training as well as the mental aspects of this type of training.  Training no longer needs to be just fun but more emphasis can be placed on self-discipline and internalization of motivation.  The athlete gains more esteem and validation from their sport and it becomes part of their identity.  This is also a time when parents get off season training all wrong.  Making a volleyball player run cross country will do little to advance them in their sport.  It is easy to believe that a more aerobically conditioned (fitter) volleyball player will be a better athlete but there is no running in volleyball; there is jumping.  Running is basically a waste of time, they need to be conditioning their vertical power and overhead strength.  Conversely focusing on heavy weight training for a field sport such as lacrosse or soccer, that involves 90% running and sprinting, builds a slow, heavy, albeit strong athlete that gets left in the dust.  Think of what occurs in competition.  Off season training should be designed to give a break from highly specialized training with an emphasis on conditioning that forwards what occurs in competition.  For example, a pitchers should stop throwing the ball so much and work on developing shoulder integrity, strength, and flexibility.  An athlete in a sport that involves running, however, should never take long breaks from running and especially not stop it completely.  This does not mean you stop specialized training, just reduce it.  A swimmer may go through a dry land strength phase but never stays out of the water completely or they will lose hard won technique and fitness.

Highly specialized, year round programs lead to burnout.  By changing up training, while keeping it sport specific enough to enhance development, you kill two birds with one stone.  You give your athlete a mental break from the stress of competition while building a quicker/stronger/more powerful athlete.  Training should be constantly changing, evolving, improving, challenging, and moving onto higher skill sets.  It needs to meet the individual athlete's needs.  More of the same just creates drudgery.

The mental aspects of athletics are under-emphasized especially in teens, as performance becomes a singular focus.  Self-esteem becomes to tightly tied to outcomes on the athletic field.  We have all heard that "success begins between the ears" but how much time is actually put into developing mental skills?  Is this just something they are expected to bring to the table?  I have witnessed high school athletes make it all the way to scholarship offers only to decide they do not want to compete in college; much to the chagrin of their parents.  A break from their sport may be just what they needed to stay with it.  Having regular conversations about their motivation in regards to their sport are critically important.  I have known teens to fake injuries, illness, and use just about every excuse just to get a bit of a break.  It should be ok for them to say "I am really feeling burned out right now and need a break," or "this is just not fun for me anymore."  Parents should not try to fix this but listen and support.

Emphatically, the imposed ambitions of a parent on a child is never a source of athletic success.  It leads to rebellion and burn-out.  If you are a parent that white knuckles the chain link fence covered in spittle you may want to take note of this.  How important is your child's athletic success to your self-esteem.  What do you want most for your child and are you acting and supporting them accordingly?  It is very easy to fall down the rabbit hole of over-ambition for your child's athletic success.  But if I were to build a better athlete I would focus on their needs, all of them, mental, physical, social, developmental, as well as what kind of person I want them to become.  Athletics can be a great teacher of both good and bad character.  Consider what positivity they are getting out of their sport besides points and goals.  If your support is mainly based on outcome how motivated will they be after a losing season- which every athlete will have?  Do they want to quit or keep playing because it is fun?  A losing season is an excellent opportunity for them to learn and to grow, and for you to demonstrate your support.  Don't squander this opportunity.